Go Henry used to be called PKTMNY, (as in pocket money) when it was launched in November 2012.

They have now rebranded as Go Henry which is a far catchier name. The PKTMNY Debit Card has been replaced with a Go Henry Debit card. 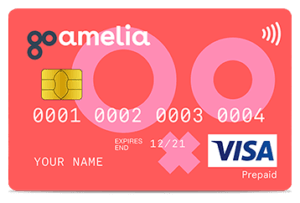 Also the creators didn’t just create new name, logo and website. They re-thought the product to come up with more features and easier to understand pricing. We take a look at these changes to see how they have massively improved things.

Firstly PKTMNY is just too difficult to spell or remember so I am guessing that this was one of the main drivers behind the name change.

It’s fine coming up with something that sounds cool but if no one knows how to say PKTMNY or spell PKTMNY then the creators are going to find it really difficult for people to find out about it.

Although Go Henry is far easier to remember as a name than PKTMNY, you can kind of take a good guess at when PKTMNY is about when you first hear about it. Go Henry sounds nothing like a pocket money system, whereas PKTMNY does.

PKTMNY had pre-approved online retailers where the child could use their card, including The Entertainer, Superdry, Hamley’s, New Look, Zaavi and more. These online retailers were, in the opinion of the PKTMNY creators, safe for children to use.

This seemed to bring about quite a bit of criticism from various bloggers, websites and reviewers because the list of approved retailers was not big enough, nor were they necessarily retailers that offered the best value for money. Under the new system, Go Henry doesn’t allow the card to be used with the following types of retailers:

This is a massive improvement and much better than just restricting the card for use with a limited set of retailers.

Under the old system PKTMNY used to charge 50p for withdrawing cash from a cash machine, there was a £5 sign up fee and a monthly membership fee of £1. Under Go Henry this has been replaced with free sign up and a £2.49 per month membership fee.

In my opinion this is much better, whilst there has been an increase in the fee, the pricing is far more transparent. It’s not always practical to use a debit card and imposing a 50p fee for withdrawing cash is a little harsh.

I am also guessing that the £5 sign up fee discouraged people from joining. At least under Go Henry you can try it for free to see if it works for you.

There is no charge for cancelling although if there is any outstanding funds in the account, there is a £5 admin to have the money refunded back to your bank account.

You can then cancel your Go Henry card without worrying about leaving money behind in the account.

The charges for using the card abroad still stand but the general rule of thumb is that unless you have a special bank account, it’s never cost effective to use any debit card abroad. I feel like this is reasonable to impose these charges as it’s something that is industry standard.

The PKTMNY App has been replaced with the Go Henry App and the interface overhauled to reflect the new branding.

The features are pretty much the same as the old app and all the features can be administered through the app as well as the website.